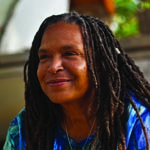 We all know the feeling of that first harvest of the year: everyone is excited, full of ideas, and we are all in love with each other and most of all, the flowers! Our season is quite long; we started cutting the end of February and will go through November (God willing and the creek don’t rise!—it got darn close this year with all the rain!). Then comes mid-July and you notice that as it heats up, the excitement has faded, the innovative plans made in spring have fallen to the higher priorities of summer like saving a crop from weeds and other pests. Don’t let the summer doldrums get you down! You can recharge your energy with new faces on the farm.

I’ve never understand why internships run eight or ten weeks. I always felt that all the training goes to waste when they move on. But this year I got it. At Urban Buds we were faced with losing two part-time employees within two weeks of each other in early August. We were worried that this would be incredibly disruptive to our schedule and throw us off course. But to our sheer delight just the opposite happened. In advance of his seven-week absence our employee contacted some friends of his, a couple he had met in the WWOOFing program last year at a farm in California. He took it upon himself to invite this couple to stay in his apartment here and use his car for the duration of his time away. What a lifesaver! The traveling farmers came to us trained in the basics: washing buckets, planting, weeding, mowing, putting tools away, and farmers’ market salesmanship. Best of all they were excited to be on our farm; they were FULL of energy. The enthusiasm was infectious. Miranda and I were recharged and had the energy to work with them even in the heat of summer.

The willing workers were in stark contrast to one of our previous employees. She was a high school student who worked with us part-time for the past year. She is a great person, but after we saw how hard the WWOOFers worked, we learned that a high schooler doesn’t always prioritize the farm. You know with high school students there is always something going on: three proms, the school play and graduation too! She not only had senioritis, but she also had workitis! We wish her well as she moves on to college, but we’ve learned a valuable lesson about how to better to work with high school students.

So when our employees left the farm Miranda and I were ready for a reset, to bring fresh blood into Urban Buds. And it paid off! Consider hosting WWOOFers on your farm. They were a life saver for us! The farm has never looked better this time of year.

At the end of a quick August visit to dear friends, Miranda said to me, “Mimo, I think there is a cut flower grower around here. I remember meeting her at the Cut Flower School with Joe Schmitt and the University of Wisconsin Extension last year in Waukesha.” Sure enough, an easy search of the ASCFG database led us to Martha Pineda, owner and woman in charge of Martha’s Gardens, a seasonal cut flower operation just outside of Dubuque. We called her up and she said “Come on by!”

What a treat! Martha has it going on! She is selling at four farmers’ markets a week and getting into weddings as well. After the Cut Flower School she decided to put up a high tunnel. (I am happy to know she paid attention to my talk on season extension!) Her farm is nestled in a valley with no cell phone reception and it sure was nice to feel of the peace of being unavailable. Deer can be a problem for her, but the fresh, fragrant air and towering trees seem worth it. At least to us city slickers! We were sorely tempted to rest in one of her quiet outdoor sitting areas, but Urban Buds was calling us south to St. Louis so we hit the road after one short hour.

Before we hugged goodbye Martha gave us some seeds she collected, and sells at the farmers’ market. We have now have coreopsis and euphorbia to try. She also inspired us to take a second look at the dried flower market. I have always considered dried flowers just dead flowers, but she showed us some very pretty dried material. Thanks Martha—we will definitely be back!