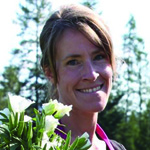 “When the going gets tough, the tough get going.”
“One thing is more than no-thing.”
“Be like a chicken in the barnyard, don’t look up—just keep pecking away.”
These are mottos that have served me well over the years of growing a cut flower business. With all the dynamics of being a wife and mom mixed into the bunch, there are times when looking up might have been just too much. Some days it can feel that every force is against you as you feel completely buried and overwhelmed. You are armed only with a dream and a passion.

But let me tell you, passion can trump everything. Passion is a serious fuel.I know you have the passion to be a cut flower grower, after all you’re an ASCFG member and you’re reading this.  The ASCFG has definitely been another serious fuel for my business engine. Though I have had knockdowns and setbacks, I never came to the table with inferior product or felt ashamed or embarrassed to be “peddling” my flowers. If anything, being on top of my game has occasionally been the source of a setback. Sounds oxymoronic, but lest you get too much wind in your sails, stay humble and think ahead a little bit. (I have a story to illustrate this point in this article.)That being said, I want to encourage you, so today I’m going to talk about the bad and the ugly.

Very likely you aren’t starting out with secretaries, marketing managers, and excellent know-how field labor. The buy local movement has smoothed and cleared the road a bit but things still don’t always turn out like you hope.  Gaining market share and a market presence is without a doubt the toughest part of the business. Mostly, we love to grow and that comes easily and naturally.  It isn’t all “sweet-smelling roses”.
I remember checking out a farmers’ market in a big city 1½ hours from me. I asked to participate one afternoon and was admitted. I gathered my flowers and made some jam and pies and headed out on a Wednesday afternoon. It was a success. I definitely wanted to be in that market: so many people, soooo much opportunity. But I was small and that was going to take serious flowers to meet the demand. I vamped up my growing efforts so that I could produce consistently and reliably. The next year I had a critical mass of lilies and phoned the market manager. Yes, I could come to the SATURDAY market (YAY!) I waited patiently to receive one of the crummiest spots available, and I was happy. I worked hard all day at that market. Every person who stopped by my booth got my spiel of how I was a dedicated flower grower, and I planned to come every week as long as there was room for me.
What I didn’t realize was that some of those people were actually market vendors coming to “check out the competition.”  (That specific comment came from an employee of a super busy vegetable farmer who also had quite a few flowers and who later turned out to work for the president of the market board.) 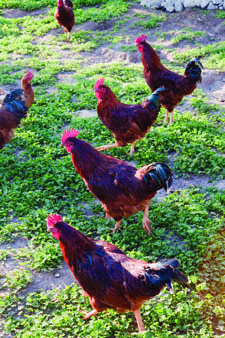 He said they were super nice and I thanked him.  Long story short, at the end of the market, the manager informed me that I was not going to be able to come back. She said that several vendors felt there were enough flowers already there and didn’t want me back. Clearly a case of market vendors using the market manager to police their competition. It was a blow. I was too dumbfounded to even respond. I really had no idea that could happen.

But I regrouped, read their rules and regulations, and the next year filled out their form to be a permanent, dedicated vendor. They accepted my money and application.   (YAY!)  Later in the year I was ready to set up and phoned the market manager. She remembered me and said I couldn’t come. I petitioned the board and was actually somewhat hopeful because they had a few community members on the board as well as market farmers. But it did no good. I received a very well-written letter explaining how some rules had been changed for out of county vendors and they were very sorry about the oversight and haven’t been able to figure out how or why my money was even accepted.
It was a bummer, but it wasn’t going to take me down. Having a superior product and showing up with oodles of awesome lilies was the wow factor I wanted for the consumers, but it didn’t serve me well with the competition. Much could be learned here when trying to enter an established, busy market.

A market I am at every Saturday has grown over the years beyond my expectations.  I used to hope for $300 in the height of the season, and would be so happy if I could get to $350. (Very likely none of that was even at a profitable level if you completely expensed everything out.) This market grew very easily and naturally because I simply took everything I had. Over time, it grew to $600, then up and up.
There are always vendor to vendor dynamics as well.  There was/is another dedicated flower vendor at this market. Mostly, I just mind my own business. I don’t really look up too often to see what my competition is doing (and I really wish other people would do that). One morning she marched over to me as I was unloading my van and annoyingly proclaimed that I was, “flooding the market with all my flowers!”  I told her I wasn’t flooding the market, I was growing my market.  I didn’t like the confrontation, it did bug me.

I do want her to be successful; it is not my intention to squash anybody. Hopefully, she saw it differently after that. I know she sells more flowers now, with both of us there, than she used to. We just have different styles and different energy levels. She also happens to be the queen of dinner plate dahlias and gladiolas, so I make sure not to step into that territory.

Those early market days were not that profitable but they were necessary. All those events I participated in that were total duds were not actually total duds. Yes, you want to make money, but sometimes you first need to get known and that can be a business expense and a time suck. I come from a very rural area so people were very unfamiliar with the idea of growing flowers for cuts. If you live next to a city, you will not need to build the idea of buying flowers nearly as much. You mostly just need people to know about you.

And that is where all these random “events” come into play. If you didn’t make a sale then you at least gave them a super cute magnetic business card to put on their refrigerator. You now have a shot for a sale into the future, and the future does come and it comes with sweet exponential power. I promise.

In time you’ll get proud of what you do and the flowers you produce. You’ll probably get spoiled. Nothing goes to your head quicker than people constantly telling you how awesome your flowers are and wonder at how you can do it all. And when the rare occasion comes along that someone isn’t interested in your product, it will come as a total shock to you. Last year, I was on my florist route for the first go-around of the year. One of my shops had sold out during the winter and had moved to a whole new location, along with an entirely new crew and owner. I knocked on the back door, entered and introduced myself.

Boy, did it take me back to the old days. It had been a while since I had been treated like a second-rate peddler of goods taking up the florist’s precious time. I had totally forgotten what it took to get a “traditional” florist on board—my mistake. It was good for me, keeps me grounded. I didn’t miss a beat, though. I passed her a couple free bunches to test my product out, purposely giving her things that would knock her socks off, and told her I would come every week about the same time. She is now a great customer and I am eternally thankful for the support of all my florists. I know they go against everything they are used to by waiting for me to show up. I know they are offered big discounts on bulk purchases that many times could easily squeeze me out of their weekly flower budget so thank you, thank you, thank you!

Passion is what has carried me through. For every failure, I have several successes.  For every bad, I have ten goods. If it’s going to take knocking on ten doors to get someone to buy your flowers, then you’d better get knocking.  Remember: When the going gets tough, the tough get going. One thing is more than no-thing. Be like a chicken in the barnyard, don’t look up—just keep pecking away.