This project was supported by the Association of Specialty Cut Flower Growers Research Foundation, and generous suppliers. The authors would like to thank Ben Bergmann, Ingram McCall, and Sydney Ruppert for assisting with growing and harvesting all the varieties.

This year we tested 19 varieties in our postharvest trial. While many varieties did not show a statistically significant benefit from the hydrator and holding solution treatments, we looked back over years of data and provided you with additional information about what treatments seem to work best for a particular species.

Field-grown flowers and foliage were harvested into tap water at their industry standard stage of development. Stems were then sorted into four equal groups and placed in the treatments below for the specified time and then placed into vases of deionized water.

Floralife Hydraflor 100 was used as the hydrator at 1.0 ounce per gallon, and Floralife Professional was used as the holding preservative at 1.3 ounces per gallon (the rates listed on the packaging). After treatment, stems were placed in tap water and held at 68 ± 2F under approximately 200 foot-candles of light for 12 hours per day. The vase life for each stem was recorded. Flowers were typically terminated when 50% of the flower(s)/florets on the stem were brown, wilted, drooped over, etc.

Some of you may be asking, “What are hydrating and holding solutions?” Both are types of preservatives. Floral preservatives can be categorized as either hydrating, holding, or vase solutions.

Holding solutions contain a carbohydrate source (sugar) to encourage bud opening and/or flower longevity, and are applied for several hours up to approximately 2 days either by growers or wholesalers before they get to the final consumer.

Our testing methods tend to produce the maximum vase life, which tells you the potential vase life of each species. We cut and process the stems rapidly, put one stem per jar, and use a postharvest evaluation temperature that is a bit cooler than a typical home in a southern summer. These procedures were set up to provide a consistent environment so that anyone else should be able to repeat our work and get similar results. These factors combined typically add about 1 to 3 days to the vase life of some species compared to what a grower would usually get. It is also important to note that these results do not replace in-house testing as there are many on-farm factors that affect vase life.

We loved the faint grape fragrance of the bell-shaped flowers. Vase life was highest for flowers treated with tap water (16 days). Floral preservatives did not statistically influence vase life. Here at NC State we have trialed 6 different varieties and ‘Campana Deep Blue Improved’ seems to follow the trend that holding and hydrator solutions had a minimal benefit, but may improve color of buds opening up.

Celosia are a summer staple and these varieties provide a splash of bright color. ‘Sunday Bright Pink’ had a vase life between 10 and 11 days regardless of treatment. Treatments did not statistically influence vase life of ‘Sunday Orange Improved’ compared to the tap water at 9.5 days. However, vase life was highest for stems treated with both hydrator and holding solution (11 days). After trialing over 10 varieties of celosia, it is fairly clear to us that they have rarely needed a hydration or holding solution. Some stems may root in the vase, thereby increasing the vase life. The best way to maximize vase life of this species is to harvest it when around half of the flowers on the plume open.

We loved this mix of creamy whites and pinks. Back in 2004 we trialed both Camelot Lavender and Rose, which had a 1 day longer vase life with a holding solution. Vase life of Camelot Mix was consistently 11 days, regardless of treatment. There was a loss of pigment in florets that opened after harvest in darker colored flowers. Using a holding solution and providing customers with flower food packets may help preserve flower pigmentation.

Coco Series—Deep Orange, Gold, and Yellow
‘Coco Deep Orange’ was the favorite marigold this year, and vase life was improved from 16 days to 17 days with the use of both a hydrator and holding solution. ‘Coco Gold’ and ‘Coco Yellow’ were not influenced by the treatments, and lasted 20 days and 25 days, respectively. 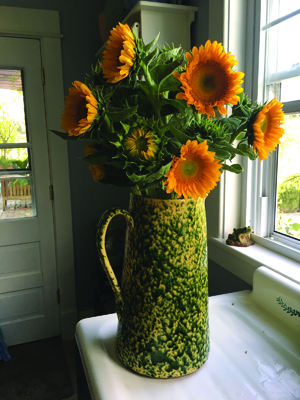 Pennisetum (fountain grass) ‘Puppy Love’
Surprisingly, we have never had Pennisetum in the trial before now. The fluffy inflorescence adds a great texture to arrangements. Plants produced all summer long, and were very productive—we couldn’t cut it enough. Stems treated with hydrator, holding solution or the combination had a vase life of 1 to 2 days longer than stems treated with tap water (17 days).

‘Monaco Orange’
Vase life was slightly improved from 8.7 to 10 days by using a hydration solution. We recommend testing a holding solution on your own farm because in the past the last 10 snapdragon varieties all had a higher vase life when a holding solution was used. This year we had a terrible time with caterpillars feasting on the snapdragon florets after harvest,  which may have reduced the vase life,

The use of a holding solution improved the vase life of ‘Potomac Royal Improved’ by 1 day compared to stems treated with tap water (10.5 days). ‘Potomac White’ had a vase life around 14 days regardless of treatment. These two colors together make great additions to a trendy burgundy wedding bouquet.

Helianthus (sunflower)
Sunflowers have been all over the place in terms of responding to treatments. These varieties were no exception. More often than not, the use of a holding solution has improved vase life of sunflowers by 1 to 3 days.

‘Sunrich Gold Summer’
Vase life was not statistically different in response to treatments, but stems treated with a hydrator, holding solution or the combination had a vase life of 12 days compared to 11 days.

If you are interested in seeing more results from previous trials, check out back issues of The Cut Flower Quarterly or check NC State’s Cut Flower Extension web site https://cutflowers.ces.ncsu.edu/ where you can look up production and postharvest trial results by year, species, or cultivar. 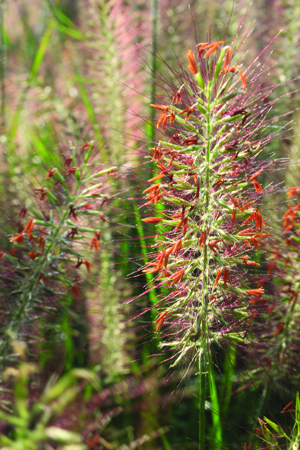